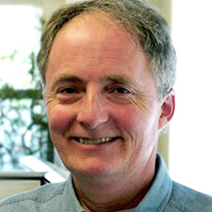 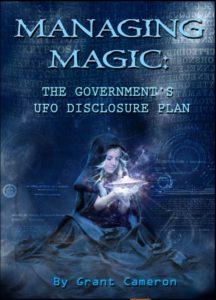 FRIDAY NIGHT KEYNOTE PRESENTATION: Managing Magic: The Magicians Behind Disclosure Now
Grant will discuss the UP-TO-MINUTE soft disclosure information being given to him by “insiders”; as well as the history of the disclosure “Messiahs”.

PRESENTATION: Consciousness, Zendras and Portals: Making the ET Connection
Grant Cameron will present his recent insights into how “Consciousness” plays a key role in ET-Human Contact as well as discuss his Mt. Shata Zendra experience. Plus, he will expand upon the rumors that “Portals” to other worlds exist!

GRANT CAMERON became involved in Ufology as the Vietnam War ended in May 1975 with personal sightings of an object which locally became known as Charlie Red Star. The sightings occurred in Carman, Manitoba about 25 miles north of the Canada-US border. Hundreds of other people sighted objects at the same time during a prolonged flap of sightings.

Over the next 18 months he had many sightings of large objects and small (monitor) objects in the area. He spent countless days in the area photographing a series of strange objects and interviewing hundreds of witnesses who were involved.

These interviews became part of a manuscript called Tales of Charlie Red Star, which was published recently. Stories from the book will also be part of a movie that is being planned out of Toronto Canada on the contactee group RAMA.

After composing a manuscript about the flap, he moved on to research the work of the late Wilbert B. Smith. Smith headed up the Canadian government flying saucer investigation known as Project Magnet which ran from 1950 to 1954. During two decades of work on Smith, Cameron was able to collect most of Smith’s files and material written. He interviewed most of the associates around Smith who worked on the flying saucer investigation. He has produced a CD-Rom data disk that hold most of the documents from the Smith files, along with 12 hours of audio related to Smith’s work.

Years of Smith research led to the discovery of former Penn State University president Dr. Eric Walker, who was identified by Dr. Robert Sarbacher as a key person inside the UFO cover-up. Cameron teamed up with T. Scott Crain to research and write a book titled UFOs, MJ-12, and the Government, published by MUFON. The book summed up their three years of research on Dr. Walker’s involvement. An updated version of this book with new material was released in February 2013 titled UFOs, Area51, and Government Informants. It spent a short period of time as the top selling UFO book on Amazon.

In the past few years Cameron has turned his research interests to the involvement and actions of the President of the United States in the UFO problem. He has made 25+ trips to the National Archives in Washington D.C., and most of the various Presidential archives around the country looking for presidential UFO material. One highlight his presidential UFO research was the chance to question Vice-president Dick Cheney on his knowledge of the UFO subject. Another highlight of the presidential UFO research was a FOIA to the White House Office of Science and Technology which yielded 1,000 pages of UFO documents from the Clinton administration. Many of these findings dealing with the involvement of Bill and Hillary Clinton have been written up on The Presidents UFO website www.presidentialufo.com.

At present Cameron is working on producing monographs for Dr. Walker, Wilbert Smith, the Presidential involvement in the topic of psychic phenomena, and a monograph looking at a possible disclosure pattern to try and explain the many actions of the American government, related to UFOs, during the last 50 years. He is working on a detailed paper detailing the 64 Reasons the Government is Covering Up the ET Presence. He is also now researching an lecturing on the connection of consciousness to the UFO phenomena hoping that it will help explain how UFOs are propelled, and what is the real nature of the Universe.

He has produced a CD-Rom which includes Tales of Charlie-Red-Star a manuscript that was prepared in the late 70s about a flap of UFO sightings that occurred in Manitoba Canada in 1975-76. This is a flap of sightings that was immense in size, but generally unknown outside of Canada. A second item on the CD is UFOs, MJ-12, and The Government, a book published in 1990 by MUFON. The disc contains the paper Presidential UFO Audio Story which is an article that contains 60+ embedded UFO audio clips of the presidents, their aides, or people talking about the presidents and UFOs.

Cameron completed a collection of hundreds of cartoons about UFOs which was set up to help to tell the 60+ years of this strange phenomena. A PowerPoint collection of these cartoons was shown at the 2003 Ozark convention.

He has lectured widely in Canada, Europe, and the United States on the 1975 Carman flap, the Canadian government’s early investigations into flying saucers, UFO disclosure politics, the Rockefeller UFO Initiative, the Presidential UFO connection, the consciousness link to UFOs, and recent research that indicates that the force behind the UFO phenomena is carrying out a plan of disclosure as to what UFOs are and why they are here.

Cameron was instrumental in recovering all the UFO files inside the Clinton files at the Clinton Library in Little Rock Arkansas. Over 10,000 pages were processed in the requests. They show that the Clinton administration was very interested in the phenomena and actually tried to force out some of the hidden information to the public.

He lives in Winnipeg, Manitoba, Canada where he works full time on the UFO mystery.

Watch Grant give us a taste of the information he is going to be releasing for the first time at the conference!