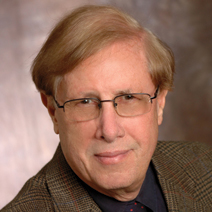 PRESENTATION – Alien World Order: The Reptilian Plan to Divide and Conquer the Human Race
While we have been searching the skies for UFOs for fifty years, and getting excited over brief glimpses and night lights, the real aliens have been living right under our feet in their underground realm, all the time. This presentation will discuss the origins of the Reptilians, and will give a brief history of their interactions with the human race, including their role in all our wars. I will discuss their control over our planet through their puppets, the Illuminati, and will reveal their plans for ultimately killing most of us, and robotizing and enslaving the rest.

LEN KASTEN has a B.A. degree from Cornell University, where he majored in psychology and minored in literature and philosophy. After graduating from Cornell he entered the U.S. Air Force Aviation Cadet program. While in the Air Force he experienced a UFO encounter that had a transformative effect on his life, although he didn’t realize it until a few years later. After serving in the Air Force he moved to Richmond, Virginia. On frequent trips to Virginia Beach, he spent a lot of time in the extensive New Age library at the Association for Research and Enlightenment (A.R.E.), the organization founded by psychic Edgar Cayce, where he acquired a self-education in metaphysics. He then moved to Boston where he was introduced to Theosophy and joined the Boston Theosophical Society.

Then later, while working in Washington D.C. in the 1960s, he felt drawn to join the National Investigations Committee on Aerial Phenomena (NICAP). NICAP was the most prestigious organization in the country investigating UFO phenomena. At that time, in the mid-1960s, there was a wave of UFO sightings all across the country, and NICAP was precisely in the eye of the storm. It was swamped with inquiries from the public and the media, and was the major source of information nationally for UFO reports. Thanks to its thorough, careful field investigation program, NICAP was able to provide solid evidence to the press, which had the effect of embarrassing the government into beginning its own serious UFO investigation – the now infamous Project Blue Book.

In 1996, again living in Richmond, Virginia, Len began writing feature articles for Atlantis Rising Magazine. By this time, deeply involved in UFO research, most of his articles for the magazine were UFO related, although he also wrote about life after death, sacred geometry, Atlantis, free energy, holistic health, and other New Age subjects, much of his knowledge gleaned from his days at the A.R.E. library and his Theosophical studies. By 2010, Len had written fifty-two articles for Atlantis Rising, including eight cover stories. Over that fourteen year period, Len attended the annual week-long UFO Congress in Laughlin, Nevada, where he met and attended the lectures of hundreds of UFO investigators, researchers and writers from all over the world, several of whom he interviewed for Atlantis Rising.

It is now generally recognized that understanding the UFO/ET phenomena requires knowledge of metaphysics as well as analysis of the evidence. Since Len was able to bring his extensive metaphysical background into the writing of The Secret History of Extraterrestrials, the book achieves a depth of understanding of the phenomena not otherwise possible.

Listen to Len discuss “Project Serpo”, which he spoke about at UFO CON 2013 – truly an amazing story!