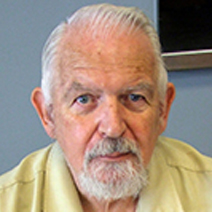 PRESENTATION: “ASK LYN ABOUT THE ALIENS” INTERVIEW
Lyn will Skype in and be interviewed by Lorien Fenton, briefly; and the bulk of his appearance will be answering question from the audience. All questions will be reviewed by Lorien and she will read them to Lyn. You will be given a card to ask your questions with at registration.

LEONARD (LYN) BUCHANAN is the Executive Director of Problems>Solutions>Innovations (P>S>I) which started as a small data analysis company in the Washington, D.C. area in 1992 after Lyn’s retirement from the military.

In late 1995, when the US government declassified their Remote Viewing project, information became public about Lyn’s prior involvement with that project as one of the unit’s Remote Viewers, Database Manager, Property Book Officer and as the unit’s Trainer. Public demands for training and applications became great, and P>S>I moved into the remote viewing field full time, bringing with it Lyn’s extensive data-basing capabilities. At the present time, P>S>I possesses the most complete body of data on the applications of remote viewing in real-world applications.

The U.S. government used a specialized form of remote viewing known as Controlled Remote Viewing (CRV). Lyn’s involvement with CRV came about by a long, strange, and circuitous series of events, some parts of which are still classified. Lyn was brought into the unit in 1984 and remained there on special assignment for the rest of his military career.

As a young man, Lyn had been a military computer expert for the Nike Ajax/Nike Hercules guided missile systems. He had a 12-year break in service, during which he gained a BA in Psychology, a BA in Linguistics, and an MA in Linguistic Psychology. He then taught foreign languages in East Texas. Re-entering the service in 1974, he became a military linguist, specializing in German, Russian, and Spanish.

After re-entering the military, he was stationed in Japan for four years, where he also gained a proficiency in Japanese and Mongolian, becoming the only Mongolian linguist in all branches of the US military. After his assignment to Japan, he returned to the Defense Language Institute for another year to attend their higher-level Russian course and became one of only 12 Russian Scientific Research Linguists in the US Army. He was then assigned to a 4 year stint at the US Intelligence Field Station in Augsburg, Germany, a station which deals with mostly tactical traffic and very little scientific research traffic. But his skills and experience with computers proved to be very rare, right at a time when the military was just getting itself computerized. Here, he was also utilized as a systems designer and programmer for the many and varied US-and foreign-manufactured mainframe and mini-computers which were used at the Field Station.

Lyn has been plagued throughout his life with “psychokenetic” events. One fateful day in Augsburg, such an event, parts of which are still classified, happened and brought about official recognition and record of his “ability”. Shortly thereafter, the commander of the U.S. Intelligence and Security Command decided, because of these abilities, to transfer him to the special “psychic spying” unit at Ft. Meade, Maryland, where he planned to have Lyn affect and/or destroy enemy computer systems. This plan was aborted for funding reasons, and Lyn became one of the unit’s Controlled Remote Viewers instead.

After retirement from the U.S. Army in 1992, he settled down with his wife and youngest son in Mechanicsville, Maryland. He began working for a “beltway bandit” (a term used for computer consultant companies which surround the Washington D.C. beltway, and make their fortunes working mainly governmental contracts). At the same time, he began building his own company, Problems>Solutions>Innovations (P>S>I). P>S>I was originally a data analysis company only.

During these years, he continued training people within the intelligence community who were privy to the existence of CRV and to the fact that he had been the unit’s trainer. In December 1995, however, the CIA effectively declassified the government’s connection to and use of CRV, and the existence of the military unit. The public became aware of CRV, and P>S>I quickly took on the role of training CRV to the public, keeping research data on the trained “CRVers”, and developing new, civilian applications for the technology.

Lyn has a personal drive to take this technology completely out of the “spooky” realm and find the scientific and technological causes behind it. To this end, he maintains a strict database on all operations in order to conduct as much research as possible.

Adding his computer skills to the CRV process, Lyn has developed techniques for enhancing the results of organized CRV efforts. He has developed computerized analysis techniques for identifying, categorizing and predicting viewer error rates. He has developed and maintains a database which tracks a trained viewer’s individual strengths and weaknesses. He has also designed and written computer programs for the specific areas of CRV training,to aid and guide the student’s progress.

In addition to providing standard computer systems-oriented data analysis and programming services, he also provides remote viewing services and training to both individuals and organizations. He also performs a free public service to police and other public-funded investigative organizations and agencies.

This work was originally done under “The Assigned Witness Program”. The name for the program came about by chance one day when Lyn was working with an investigator. He asked the investigator what information was needed most. The investigator replied, “Well, what we really need is a witness.” “No problem”, Lyn replied, “we can assign one.” For the first time, the investigator realized the scope of this new tool, and asked, “Do you mean that you can assign someone to actually witness something that has already happened?” Lyn replied, “That’s what we do.”

Like so many of the other remote viewers of the military unit, Lyn is also into art. To see some examples of his art work, click here. 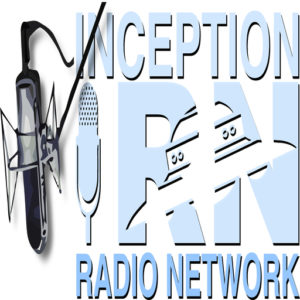 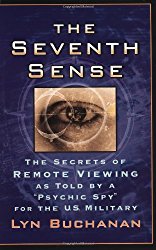