DAVID ADAIR will introduce his NEW Documentary (via Skype) – shown in the San Francisco Bay Area for the first time.

DAVID WILL APPEAR ON SKYPE TO INTRODUCE HIS MOVIE
AMERICA’S FALL FROM SPACE, a documentary about government secrets and one man’s journey to reclaim his reputation. Released for the first time, personal documents, interviews and unspoken factual encounters are revealed in this notable account by David Adair.
Approached by a notorious Air Force General interested in first-strike capability in 1969, a 15 year old boy held the secret to the fastest rocket on Earth. Given “Black Ops” resources by the U.S. Government, David Adair developed his rocket in secret, then destroyed it when he learned that it was to be used for first strike capability against Russia. Facing a lifetime of discreditation and silent undercover threats, Adair speaks out about technology lost, the truth about his rocket and the alien engine that was shown to him by the U.S. Government at Area 51. 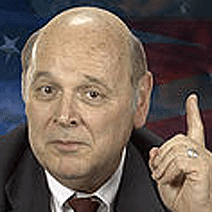