RICHARD SHAW WILL JOIN US TO INTRODUCE “THE BEST OF WATCHERS”

WATCHERS, a seven-year excursion that takes you on a special kind of adventure. It’s about the Supernatural, and people flocked to it to gain awareness on forbidden subjects like UFOs, the Shroud of Turin, the Torah Codes, alien implants the giants, and even life after death. All these and more were why people always clamored for the next WATCHERS. If you don’t own the entire series, this DVD will give you two hours and 23 minutes of some of the best segments ever produced for WATCHERS by its creators, L.A. MARZULLI and RICHARD SHAW. 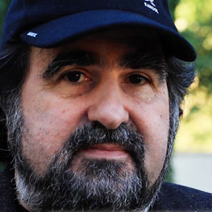